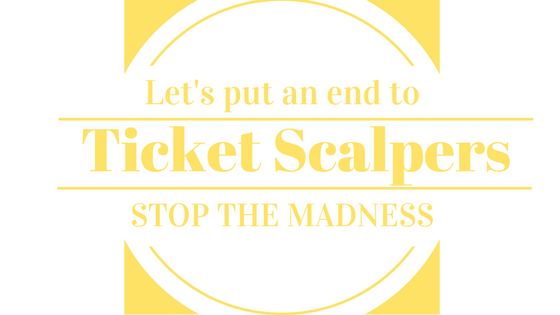 I bought four tickets to an upcoming concert during a presale a couple of weeks ago. Just for the heck of it, yesterday I checked on Ticketmaster to see how many tickets had sold – curious because it’s a huge venue. Apparently, it has sold out!

I looked at the section where I purchased tickets specifically – and about dropped my jaw when I saw what Ticketmaster was listing the price for available tickets in my section, as a resale listing.

With the very inconvenient “convenience” charges on top of the actual ticket price, I paid $184 for each ticket. Yesterday they were listed for sale at $972 each, plus fees!!! Are you kidding me? This is freaking ridiculous.

About two years ago I purchased front row seats to see Blake Shelton at the Tacoma Dome. The cost was $58 per ticket. When we realized we wouldn’t need the extra two tickets I put them on eBay. I couldn’t believe, by the time they sold, they went for $750 for both! Who in their right mind would pay that much money? 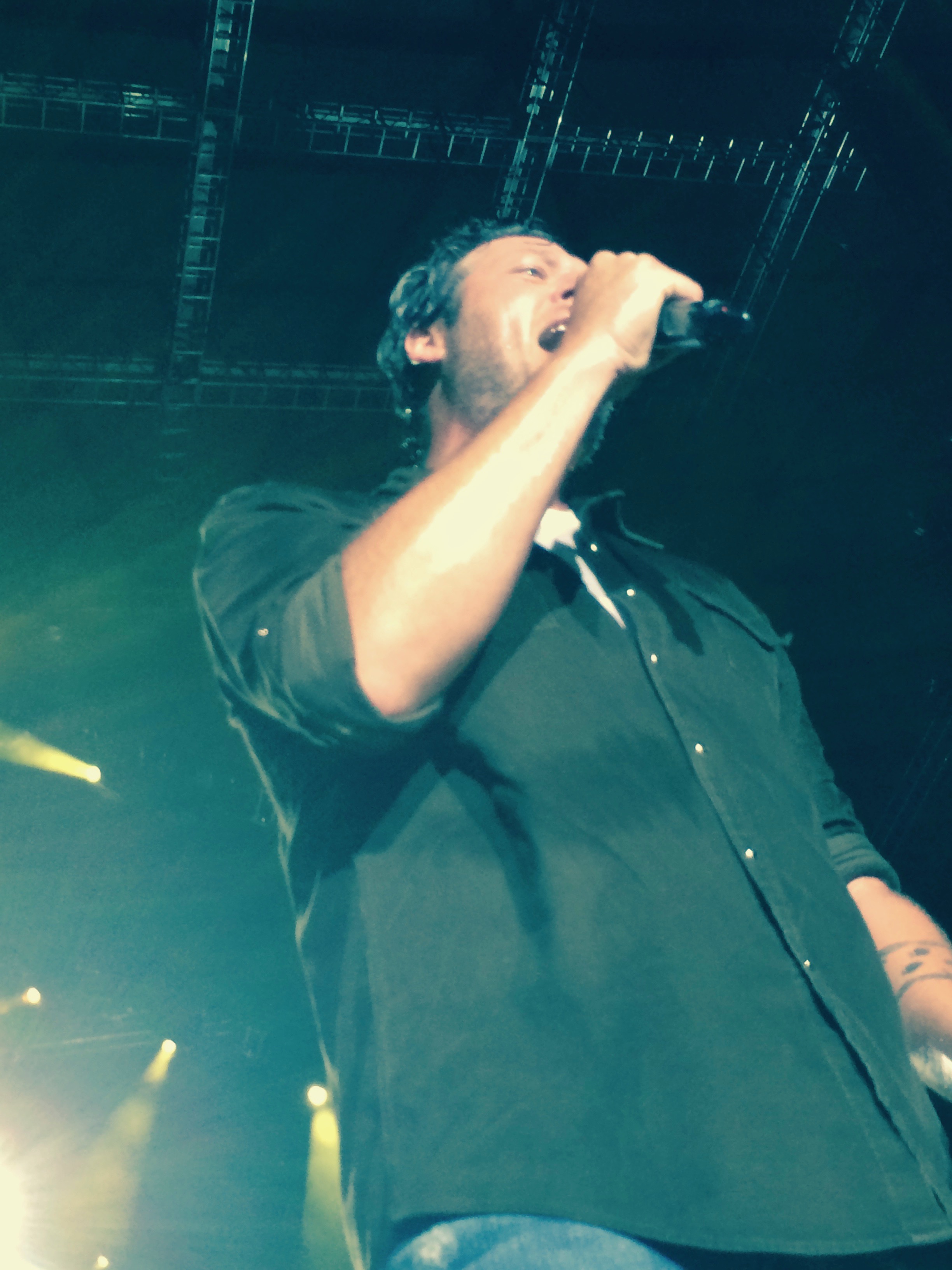 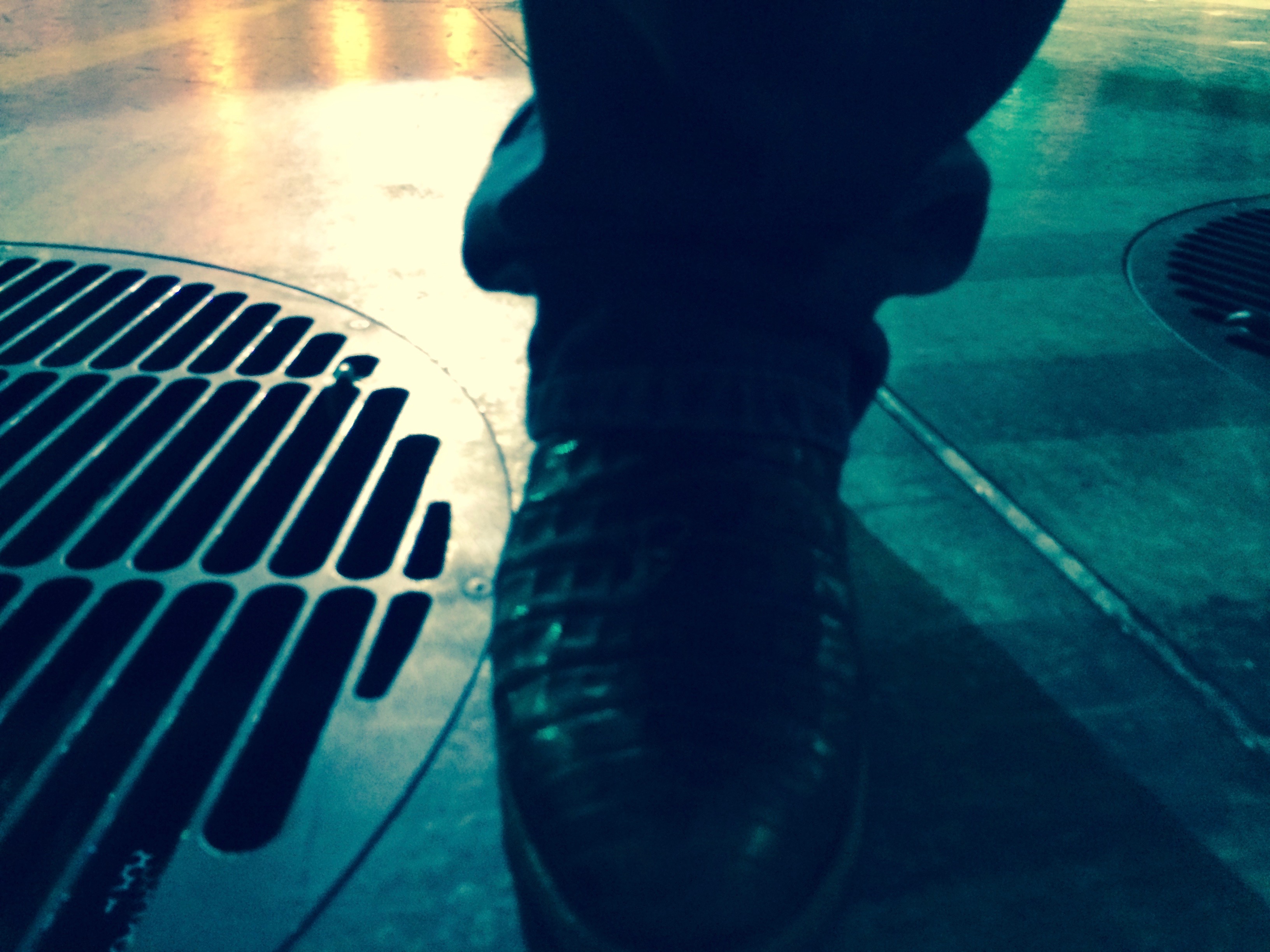 At that time, I certainly didn’t complain because it paid for our dinner and hotel right next to the T-dome that night. Since we sat right next to them, I realized that night that it was a young and successful man who bought the tickets to impress his new girlfriend. Okay, I get that.

Not long after the Blake Shelton show, I happened to land front row Miranda Lambert for just over $60 each for four tickets. For this show, we brought our daughter and her best friend who had NEVER been to a concert before. I know, we kind of raised the bar on that one. It was a night she will never forget. 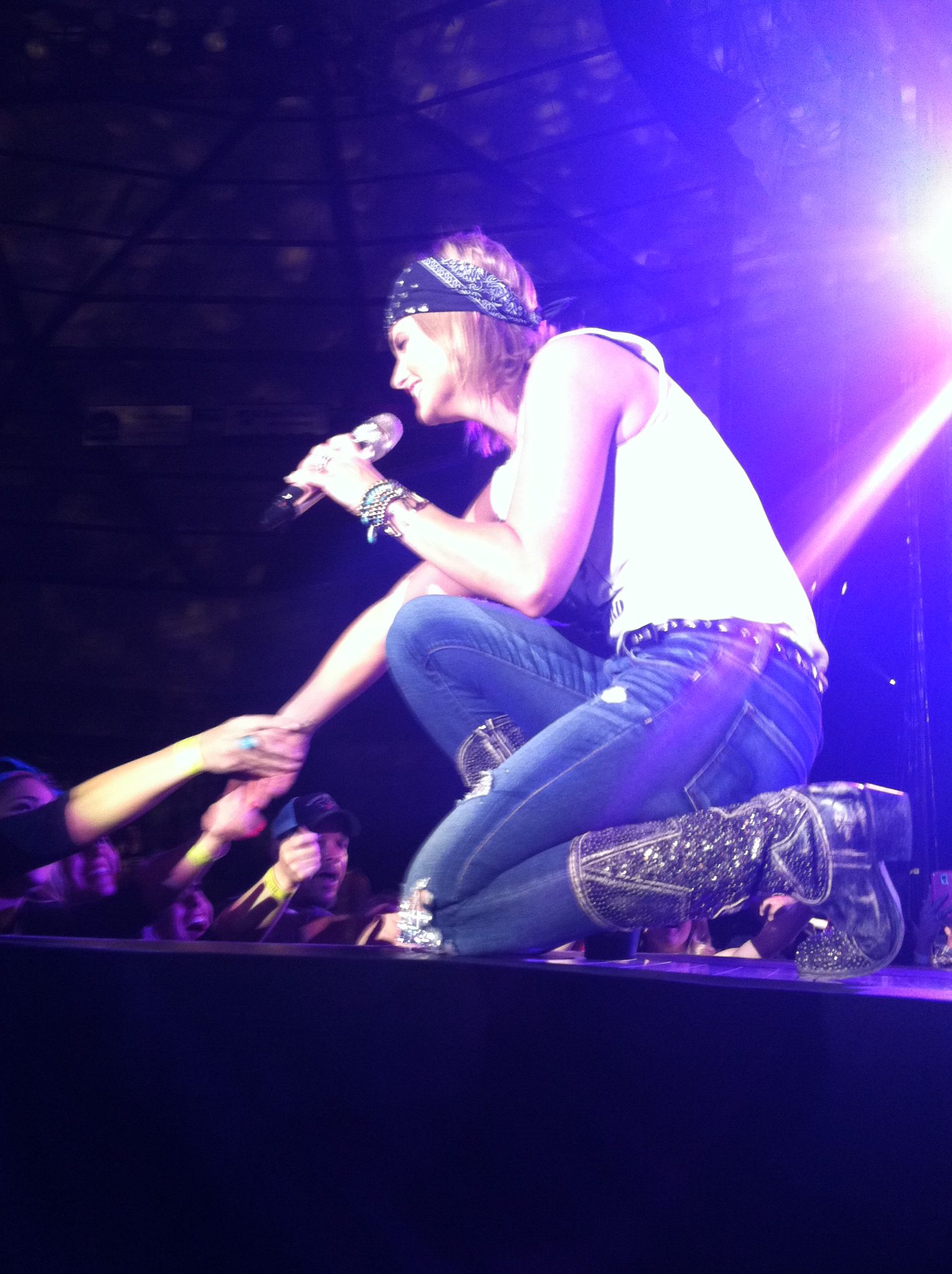 Meanwhile, Kenny Chesney brought his big dog and pony show to Century Link a few years ago, and it took at least six months before the tickets to the sand bar, the section at the stage, sold out. He was selling those up front, touch the stage tickets for $272 each. I guess in the big scheme of things, if he can sell them for that price, I’d rather they go to the performers than the scalpers.

How in the world are true fans supposed to see the artists they want to see? How can most ordinary people afford to go to a concert anymore? The fact of the matter is, they can’t!

Yesterday, while working, I saw an article about an Adele concert in Brisbane that sold out in under an hour. The tickets were $100-$300 each. After that hour, they were re-listed with a bunch of various resale agencies at $1,400 – $2,500 each.

How is this allowed to happen? I know there is an answer because we were fortunate enough to experience it. My husband took my daughter and a few friends to see Miley Cyrus a few years ago when she was still on the Hannah Montana show. When you bought the tickets, you agreed that the person who used the credit card to pay for the tickets would be showing the card as they entered the show. There was no scalping for this show! 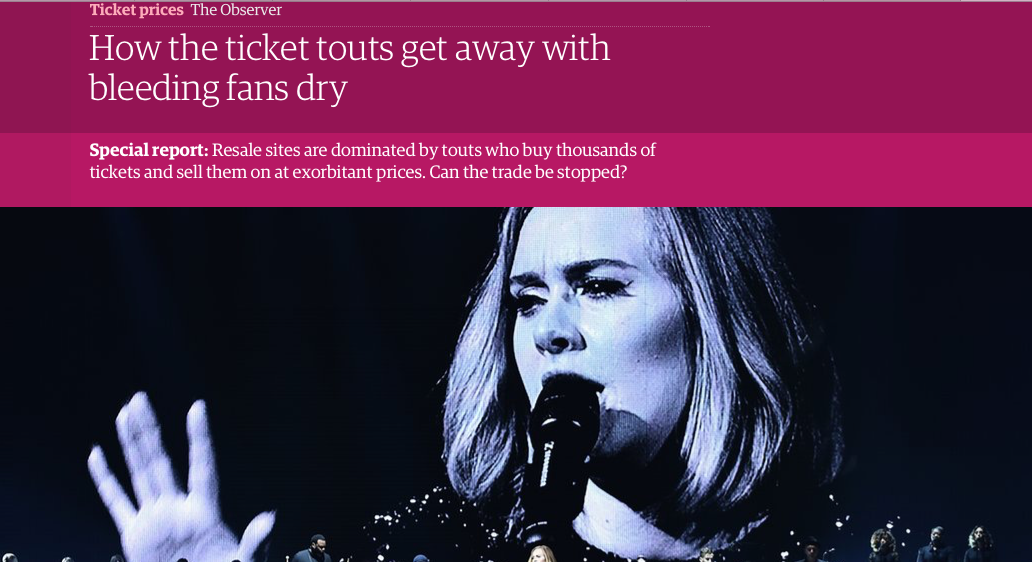 When I was looking for information on this subject, people in all the articles were pissed and asked the same question… the constant answer was and still is, it’s because it’s legal.

I’m thrilled that I’ve had great mojo when it comes to getting tickets in the past but seriously, how can this madness be stopped? If it is required that the credit card holder has to be there with the card in hand, it will cease to happen, right? Why shouldn’t the label, promoter, and performer be the ones to reap the benefit of all seats sold rather than third party agencies?

Here’s an article I found about How to End Ticket Scalping. Excerpts below.