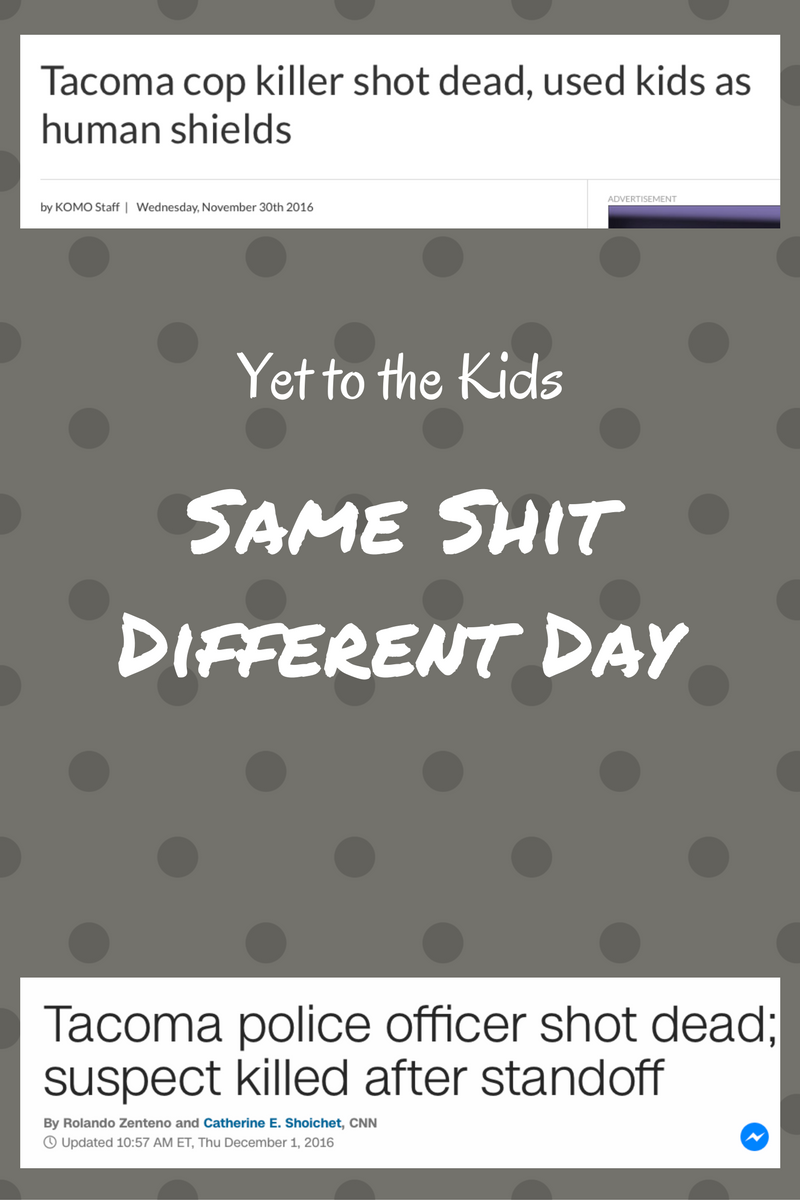 Another police officer shot and killed in the line of duty is hard for most of us to take. Today, I heard the recap of the story in Tacoma which started with a domestic violence disturbance yesterday afternoon. When police arrived on the scene, one officer shot (and died later in the hospital), and the man turned it into a hostage situation.

The man in the house had a police record and history of violence. He was no stranger to prison. After he shot the officer, he knew he had two options. To surrender and go to jail – or to die in his house. 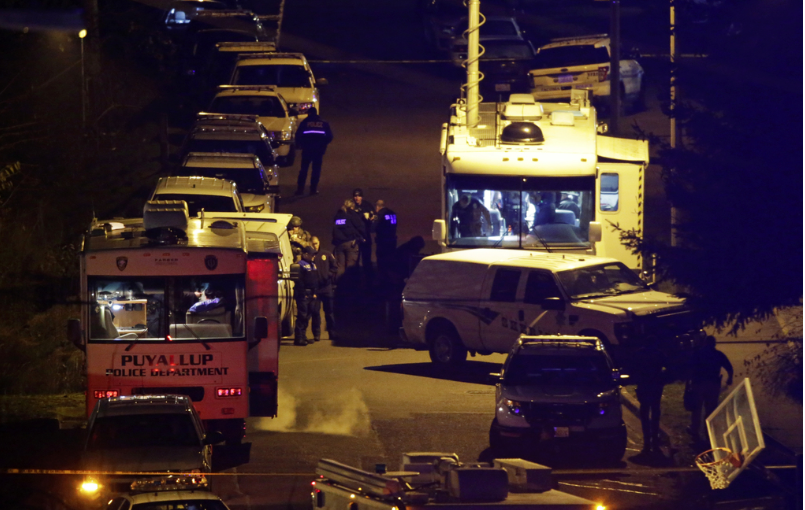 What drew me in to this story was when I heard he was using his two children, an eight-year-old girl, and a six-year-old boy, as human shields.

At 38 years old, I realized I was prepared to be a great mother. I no longer was a victim of any wrong doings from my past. I was completely confident and the only driver of my bus. I knew I had so much to give to a child if I was able to get pregnant.

Apparently, it was meant to be because I was pregnant within a week. Before you know it, my daughter was born. Being her mother and being here to teach her all about life from my unyielding and healthy lens has been the best 17 years of my life.

In thinking about the two kids used as human shields last night, I’m sickened. Yes, I was living my life as a child going through very similar things and at the time, it was all I knew. It was my normal. Where I can’t help but go is wondering, how can anyone do this to a child? I don’t care what kind of crap you went through; you still have the gift of a brain.

When I was in the midst of all the crazy, I was living in survival mode. I had no expectations or fantasies of rainbows or butterflies; it was just getting through one day at a time, ready for anything, because something always came. Being abused, watching abuse and constant violence was a way of life. Not having it would have been weird.

As a very healthy-minded adult, I can’t help but feel for those two children. They are me. They are just going through another day in life not having any expectations or hope. It’s just one ugly day after another. Yes, yesterday was a bit more tragic than anything we’ve heard about, to them, it is just another horrible day being alive.

I am living proof that you don’t have to become what you saw growing up. If I were to follow in the footsteps of my mother, I would have had many husbands, many children and I would have beat them within every inch of their life… just because! I knew I was not going to be that woman! Why is it I could hear my gut speaking and I listened? Can’t we all hear that voice?

When I was ten, seated in the back of a police car, I was okay and not at all stressed out. I was relieved because I realized it was my mom who shot my dad. I was so afraid she was at the receiving end of the bullet until I saw the gurney take dad away. Through my childhood, mom was my constant. (Constantly keeping me in abusive situations, unfortunately.) I couldn’t bear the thought of losing her.

The feeling I felt was merely a bit nervous because we had just gone through hours of abuse, threats and fearing for our lives. Overall, it was just another day in my life.

I felt the pain for the children in that house as I listened to the story on the news because to them, this is pretty darned close to normal. It’s as they say, “same shit, different day!”

With the claims against the shooter saying he’d been arrested before and had been in all kinds of trouble, those two kids never imagined fairy tales and rainbows. They saw darkness and sadness as normal. Mom and dad never got along, and I’m sure the children had their fair share of beatings. It was just another day.

I hurt for these kids because they are me. They will bounce around and take whatever is dished out because that is what they know to be normal. It would take a miracle for them to imagine a world without the chaos they experience on a daily basis. They will grow up, move out and in some way repeat the behaviors they witnessed growing up. We do become what we see and know to be true; it is all we can do, regardless.

to them, this is pretty darned close to normal

Now their dad is gone, shot by a SWAT team member. Mom wasn’t in the house during the incident. She will find another man who fits the same mold because she will repeat behaviors. I wish I could say that this is a brand new beginning for them, but it isn’t. It’s just another day in their sad little lives. I am sad for them because they don’t even know they have a sad little life. They know it as normal.

There really is a way out of this vicious circle. For me, it was following and trusting in my gut instinct which led me to the surface. For many, the voice will be there, but the fear will keep them from ever trusting or believing life can be different. When you are in this place, all you know is hell and life without living in hell is pretty scary.

I am sad for them because they don’t even know they have a sad little life. They know it as normal.