Allow or Resist? It’s Your Choice. 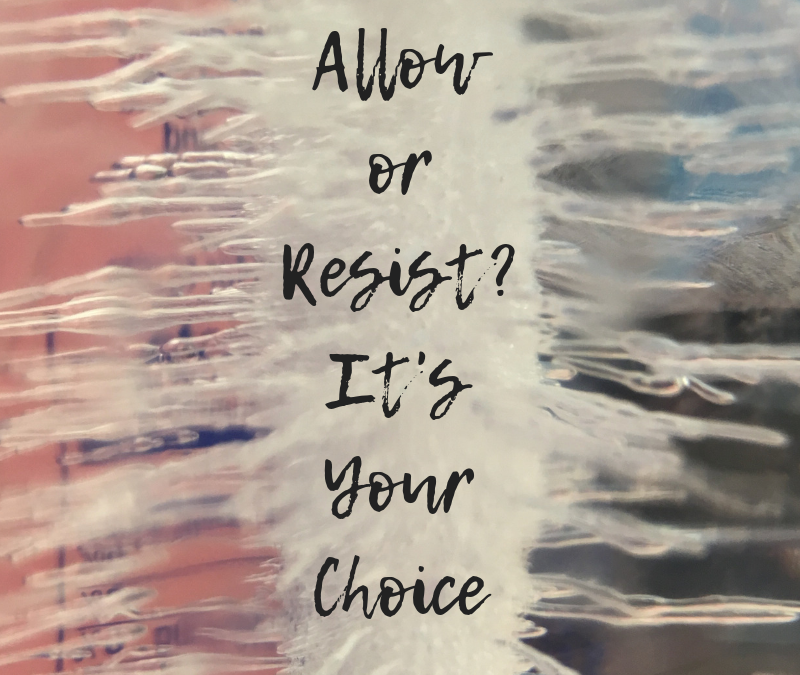 If given a choice between being stressed and not feeling good – or – feeling good and always knowing that everything is always working out for you, what would you choose? You are either deciding to allow or resist. It’s your choice after all.

I had a conversation with a friend who just doesn’t feel right. She hasn’t felt good for quite some time. She’s had stomach as well as digestive issues. She’s seen doctors, taken tests, changed her diet, anything she could to feel better. It just hasn’t been working; she couldn’t figure out what was going on. Because this has been her norm for so long, I suggested something that most doctors would never recommend. I told her to try meditation. I even offered to send links to various healing meditations.

When we meditate, we go inside. When we quiet our minds, we open ourselves up to receive. When we start with the question we need an answer to, in her case “what is making me feel so sick all the time,” the answer will come, but you have to listen. It’s actually quite simple, however as humans, we tend to overcomplicate everything. I heard a great phrase about this in a book I’m reading now about meditation. It said, “go within or go without,” 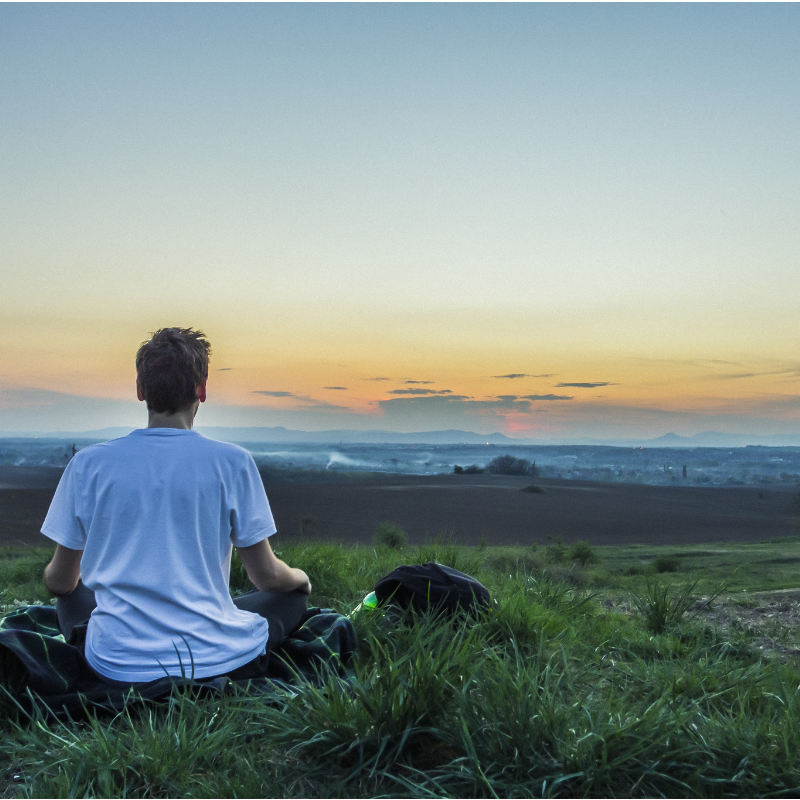 If we all allowed ourselves to follow our own way, and everyone else did the same, imagine how happy and complete everyone in the world could be? If you did you and I did me, we would all be happy. People are waking up, but it is a very slow process.

Recently I met a woman who exists on a different plane than most. We were swapping stories about spiritual experiences, and both very much enjoying having someone with similar vibes to talk to. Finding someone who speaks this language is a gift. It doesn’t happen often.

She shared a story with me about how she met her second husband. She was helping a friend who was running a cute little boutique. As the store was about to open, her friend asked her to go put out the sandwich boards. As she gathered the boards, ready to move them outside, a voice in her head told her it was not time. She had to wait. It didn’t make sense to her as it was just a matter of getting them out on the street, but she listened. She held off until she knew, beyond a shadow of doubt that the time was right, then out she went to put the signs on the road. Like we all should be doing, she paid attention to that voice.

While she was setting up the signs for the new store, a man and his friend were driving by. As he drove by and saw the woman putting out signs, a strange feeling overcame him. He told the friend he was driving with, “we have to turn around. I need to go back and meet that woman.” They turned the car around and headed to the little store where he knew he would find her. When they met for the first time, they realized it was the plan all along. They were destined to run into each other. They compared the crazy circumstances that created the meeting which seemed unworldly. Well frankly, they are!

She is so happily married to this man now, realizing that they were meant to be together. They were just both open and in receiving mode. When the time came for them to meet, they were both mentally present, they appeared in the place where they were supposed to be, and the rest is history. I can guarantee they had many close calls over the years, but this was the one with the perfect timing, this is the one that stuck.

When they met for the first time, they realized it was the plan all along. They were destined to run into each other.

I would guess that 99.9% of us are not open or in any form of receptive mode. Humans are so resistant to change. They are so busy with their crazy lives, they don’t think they have time to just “be.” This is the difference in the stories of these two women.

The first woman who doesn’t feel good most of the time, from what I know for a fact; when you are doing and enjoying the life that you want to be living, everything lines up and everything feels fantastic. You don’t get sick, you don’t have stomach-ache or digestive issues when you are in alignment.You are complete and you are happy. What it means for her is that there is something in her life that is not in line with where she really wants and needs to be.

I think very deep down, if she did spend time meditating or opening up to find the answers, it would be clear as day. The hard thing for most humans to fathom is, this would require changing the life she is currently living. “What would people think” is the most significant factor for everyone. Maybe it’s a career change. Perhaps she really doesn’t want to live where she is living, or maybe she has a calling to take her across the globe. No matter what it is, if she took the time to find it and then loved herself enough to do what it is she should be doing, her life would be incredible.

Agree to be completely honest with yourself. Begin the process of going inside, but don’t think what you find means you have to go to extremes. Let the thoughts come; merely allow them to form into what feels right for you. When you realize that your stress-filled life as a six-figure earning attorney is worthless when you see the life you should be living is working at a food bank, don’t jump away from what you are doing and go the other extreme. Let it come to you over time. Massage it. Think about ways of moving into your calling without bailing out of the life you have known so far. In very many ways, they can complement each other.

What it means for her is that there is something in her life that is not in line with where she really wants and needs to be.

The fact that sometimes going after what it is you want or should be doing goes against everything everybody knows about who you are, and what they think you need to be doing. It may be living in a different location, it may be the relationship isn’t what you want, maybe the job is nowhere in line with what you need to be doing. Regardless, there is something obvious waving its arms at you, but if you don’t listen and you don’t pay attention, you will never get it. You will remain stuck, not feel good, be miserable and never understand why.

Every single one of us came here with a plan. When you listen to your instincts, your gut, whatever you want to call it, you will hear what it is you came to do. When you turn in that direction and take action steps to get there, your emotions and instincts align, and you will feel the feeling of being complete. When you stray off of your path and find yourself going a different direction, the mere sense of negative emotion is all you need to get you back on your road.

there is something obvious waving its arms at you, but if you don’t listen and you don’t pay attention, you just won’t get it. You will remain stuck, not feel good, be miserable and never understand why.

Life isn’t supposed to be about swimming upstream and fighting to get to where you need to be. It’s about turning and allowing yourself to drop into the current and flow. It’s really that easy. 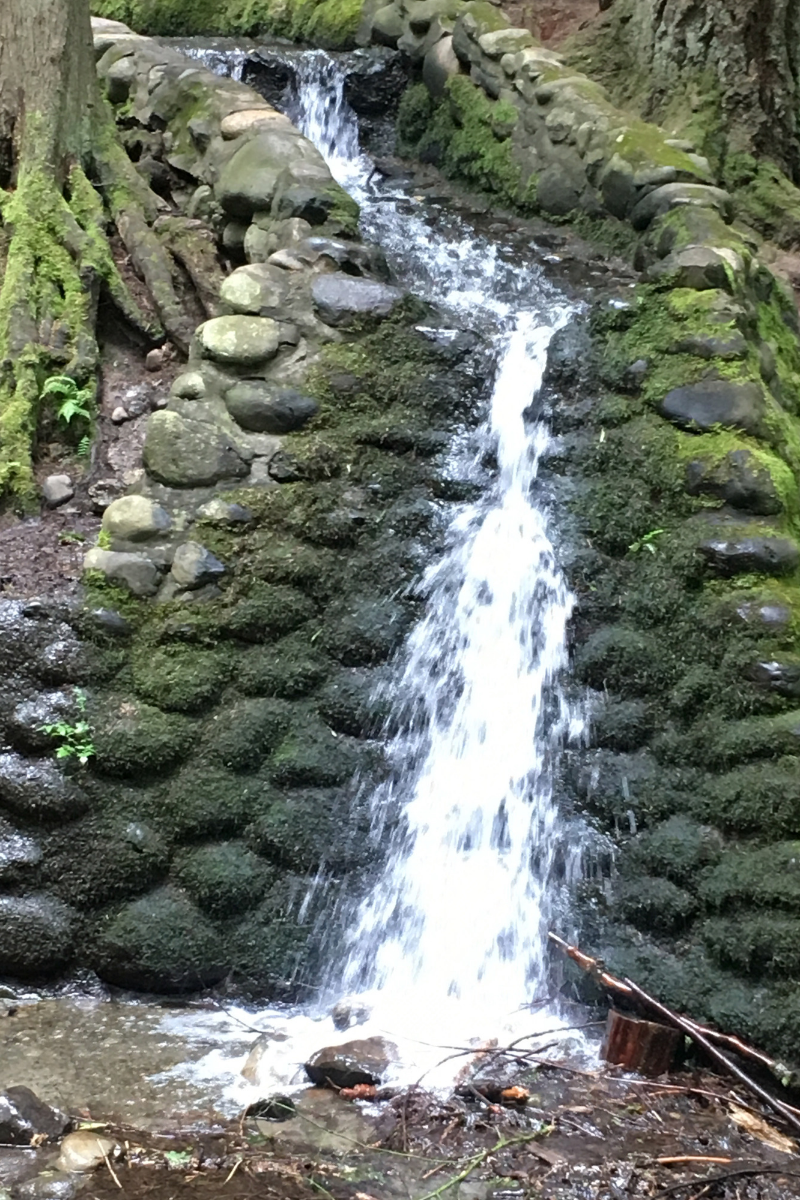