As I was driving home from working in Olympia last week, I watched as a freight train was above me on the overpass as we were both moving fast in our respective directions. This train trestle, covered with graffiti, is part of the landscape that has been around for years. As the train made its way north on the track, I thought to myself, “I hope the train never derails here, above the freeway.”

It was a day we anticipated year after year. December 18th, it became real.

Hannah was born six weeks early, weighing in at only 3.5 pounds. Right after she was born, they discovered she had four heart defects. They were able to repair the four defects in two surgeries, all within the first seven months of her life. As she continued to grow, we knew there was a possibility that we might need to do a heart catheter surgery for one of the repairs. The potential procedure was something we heard about at every cardiac appointment, each time the doctor telling us it would “probably” be something we would have to deal with by the next year’s appointment.

As Hannah and I were driving home from her last cardiac visit, she said to me, “Mom, since I’m getting ready to go to college, can we just get it done?”

We talked to the doctor and met with the specialist who would perform the surgery. We decided that yes, we would get it done once and for all.

What the doctors would do, using a catheter they would go via the artery from the top of her leg into her heart. Once in the heart, they would determine if the narrowing of her aorta was significant enough that it would warrant placement of a stent to hold the area open. If this were the case, she would need to stay one night in the hospital for observation. If while looking at the heart they determined the narrowing was not significant, she would be released and able to go home. It wasn’t a huge procedure, but one we knew we had to face eventually. It was good just to get it done.

Hannah has a friend who was planning on coming to our house for a few days; she also really wanted to be here with Hannah for the procedure.

“I hope the train never derails here, above the freeway.”

We got the call that her surgery would be later in the day on the 18th of December. We needed to check in to Seattle Children’s Hospital at noon. Her friend would be taking the train early in the morning to Tacoma from Portland. Hannah would pick her up at the Amtrak station, she would bring her home, then we would all head to Seattle for the surgery.

We were all up, buzzing around getting ready for the day, filled with nervous energy. Hannah left early to give herself plenty of time to get to the train station. Of course with surgery later in the day, she was unable to eat or drink anything.

Today would be the inaugural run for a brand new route for the Amtrak train. Each of the passengers on this big day for the train received a lanyard commemorating the new, exciting train route. This brand new station is where Hannah went to pick her up – and where the train was supposed to arrive. 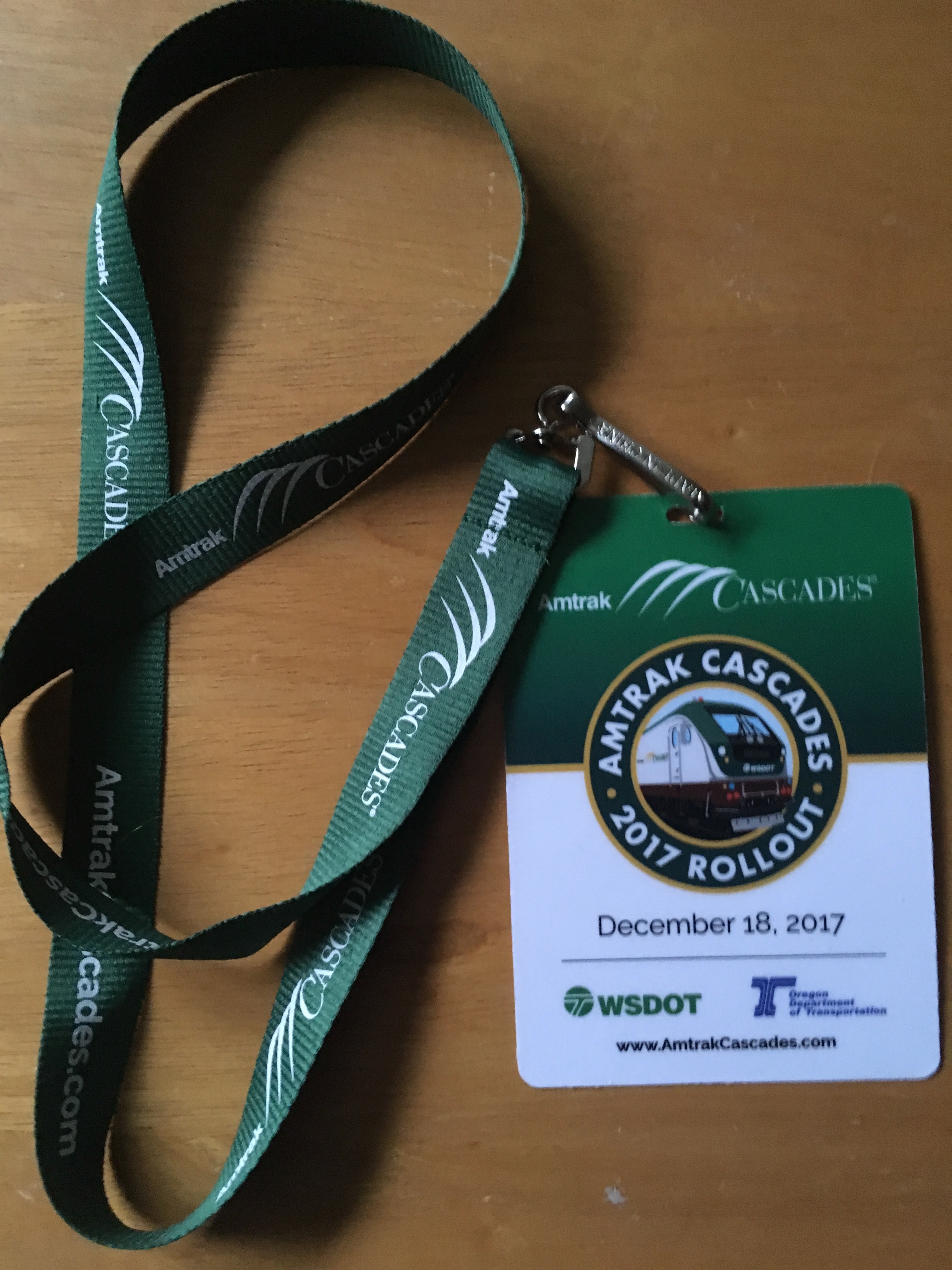 Breaking news was all over the Seattle/Tacoma/Olympia area that the very first train traveling on the new route derailed early on Monday morning. The engine and almost all of the cars on the Amtrak train went off the track, of all places directly above the interstate, completely closing the freeway. This trestle was the exact place I wondered about the week before.

Hannah was waiting at the brand new station when her phone rang, it was her friend calling her from the train. The train she was on was the first northbound train on this new route. The train that derailed just moments before was the first southbound train; it left Seattle less than an hour before.

Her train was forced to stop in Olympia because no one knew the extent of the damage at this time. What we all heard as the day went on and the details unfolded, it was a tragic and deadly derailment. It was unnerving, realizing this could have easily been Hannah’s friend’s train.

Fortunately, her train was able to take the original route from the day before and continued to Tacoma. We were able to get her and race to Seattle for Hannah’s heart procedure.

Hannah was incredibly nervous going in naturally because they would be dealing with her heart; this is something none of us would take lightly. Fortunately, Seattle Children’s Hospital is one fine-tuned machine with the best staff and the latest technology. I surprised myself at how at-ease I was during the whole process. 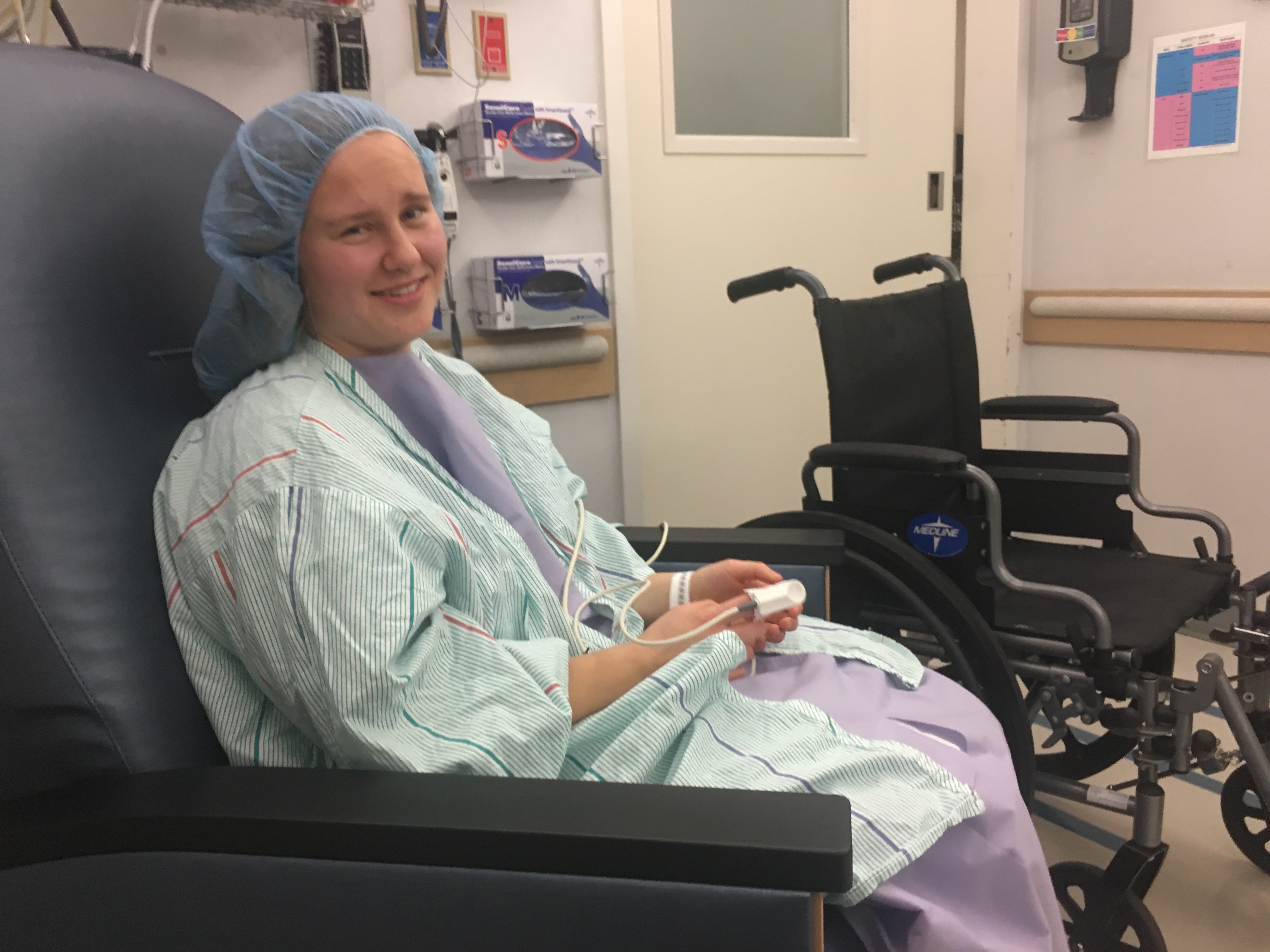 Once they gave her a dose of Versed to calm her nerves and once she realized she wouldn’t have to get the IV put in until she was already asleep, she became a delighted and very talkative child.

The surgery didn’t take long at all as once they got into the heart; they found the narrowing of the aorta was not significant enough to warrant a balloon or stent. This was tremendous news. All Hannah had to do now was lie still for three hours before she could be released to go home; a safety procedure to make sure the bleeding stops, and there is no clot at the incision on her upper leg.

December 18th is a day no one in the Pacific Northwest will ever forget. As of today, three days later, the road remains closed. Everyone who has to travel northbound on the freeway through the area can’t miss the evidence of the unbelievable tragedy that occurred right here at home just a few short days ago. With the magnitude of the accident, it’s amazing that only three people lost their lives that day. It is also a beautiful day for us, because now Hannah knows she will not require a stent in her heart.

It’s hard to wrap our brains around the fact that it is the holiday season and that Christmas is merely five days away. Enjoy your loved ones, embrace your friends and family, know that life can change at the drop of a dime.

Enjoy your loved ones, embrace your friends and family, know that life can change at the drop of a dime.