How My Purpose Found Me 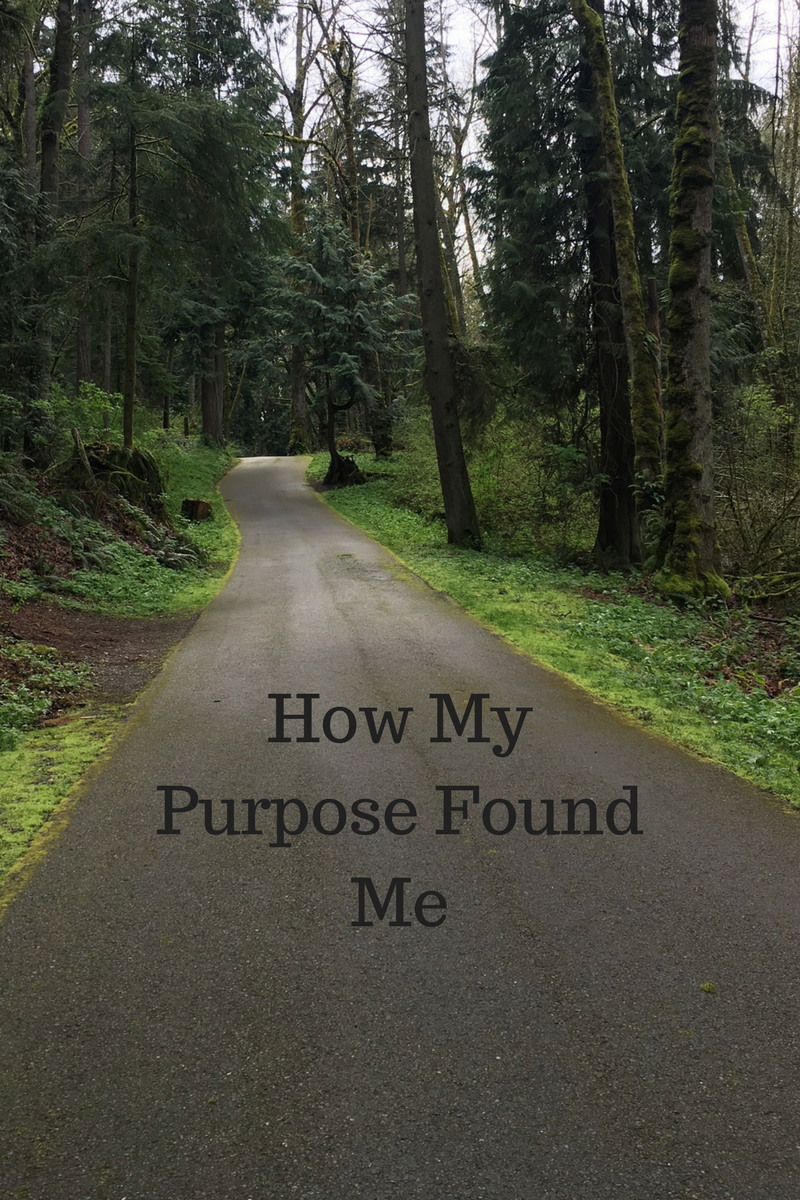 I know, you haven’t seen a blog post from me since March 8th. Trust me, I’ve started about 15 articles, but by the time the next day came, my mind moved on to bigger and better things.

You see, I have been on a path of immense growth over the last couple of years. At one point I realized beyond a shadow of a doubt, that I am here to share a message. I am here to be in front of people and share my story. I feel it is my duty as I know my transformation will help so many others who feel stuck in their current situation. The problem is, I have not been able to put my finger on exactly what my message is that I want to get across. It’s been driving me crazy. Until now that is! I can finally tell you how my purpose found me.

Let’s just say, how many times do you need to be hit on the side of the head with a shovel to finally “get it?” Apparently for me, at least three times.

The first message was from a co-worker at a radio station; a guy I just got to know in the few months since he started. After my shift was over one day, he was standing outside of the studio. When I came out, he said to me, “you are the strongest woman I think I have ever met.” This message absolutely blew me away! I had to chuckle because inside I was thinking, “if you knew me 25 years ago, you would be telling me I was the weakest woman you ever met.” I’ve carried this message with me and will never forget it.

In the last week, one of my dear friends stopped by with something he bought for me. He was at the post office, and he saw some commemorative stamps that he just had to get for me. As I pulled them out of the sleeve, I found an entire sheet of action pictures of Wonder Woman.

A few text messages between us over the next few hours, I realized he really sees me as a strong woman. I know I’m strong, but I don’t see it as something I live or “put out there” for people to experience. Once again, I was very flattered and didn’t know what to say, other than “thank you!” I hung them above my desk where I do my writing.

The third smack across the head with a shovel happened the next day. I met the same friend and another guy at a coffee shop; we are the principals in a group that gathers at a library every other week. We were there to chat about the group. Before I had to leave, the second man wanted to share with both of us.

He told both of us why he appreciated us and why he keeps coming back to the meetings. What he said about me changed my life. I was so taken aback by the words; they kept spinning in my head until I couldn’t remember a single word. I emailed him later, thanking him profusely, and I asked if he would be so kind as to write then down for me. I desperately needed to hear again what he said. I knew from his words what I had to do next. I had to hear them again.

Hey Cari I’m flattered that you value my words that much. I don’t remember exactly what I said. It was stream of consciousness, not a rehearsed speech. But I feel the same now, as I did at the meeting, so these are my thoughts:

I had been having severe sleep issues, sorely lacking in the deep, restorative sleep that most people get each night. Over time, it was crushing me. I’d made out my will a couple of months ago, because I figured that I was almost finished. I was tired, stressed, and felt like cardiac arrest was a real possibility.

I made the effort to attend spiritual group meetings. I wanted to meet some cool people, have some fun, maybe lower my stress level. Easily, the best highlight of these meetings was when Cari told her story of successfully dealing with adversity. She was so poised! My first thought was, This is one tough human being, good thing I’m not on the wrong side of her. Seriously, if I had been in her shoes, I’d probably be homeless or dead. But more than that, I felt that the Universe was sending me a life-affirming message, in the form of a woman with a warrior spirit. I am a big Swede, descended from the Vikings……if she could possess the Viking spirit, so could I. The message was clear……..rise up and meet your challenges, in the same way that Cari met hers. Now, I’m fighting my personal battles with renewed vigor. So I’m better off now than before, thanks in part to the inspiration she provided

KNOCKED DOWN SEVEN TIMES, STAND UP EIGHT TIMES. A fundamental lesson of life. Thanks for the reminder, Cari.

I have been told, and I completely understand, I have already changed many lives, I am just not there to see it when it happens. A very dear friend helped me to understand this recently.

As we were on a hike one day, the conversation moved toward one of my sisters. My friend knows the story about her desperate situation. I want so bad for my sister to hear me and make a move for a better life. I know if she makes even the tiniest move, the shift will happen. I just know she won’t do anything. I can only drop so many nuggets of wisdom; I know this. There is nothing I can do.

My friend stopped us from walking and said she had something to tell me; she just wasn’t sure if I was ready to hear it – but she said it anyway.

She told me I have no idea the impact I have already had on many lives. She explained that with me and the words I share, I plant seeds. I drop precious nuggets and then move on with my life. It’s long after I’ve gone that the words I said create a shift. Things do happen and frequently. I just don’t see the effect.

She hit the nail on the head. I knew this. It made complete sense. So now I can move about my life dropping seeds, yet I will never know if anything ever comes of them.

Until now that is…

The fact that someone said to me that words I said changed his life, I can’t even begin to describe how this feels. It confirms everything I have been searching for over the years. I have known I am to be out there and offering support to thousands, I just couldn’t isolate what this meant. Now I realize I don’t even have to define it or come up with a catchy slogan. I have to get out and share my story.

I feel for the first time that I am completely aligned with my gut and that everything is going to fall into place perfectly.

If nothing comes out before this time, I will be on Mary Guiliani Live May 31st at 7:00 pm. It is an online talk show about people who have transformed their lives. My best friend Mary, who started the show about five months ago is the host of the show. This show is the result of her finding that “thing” she is supposed to be doing with her life.

To let her audience get to know the incredible back story of Mary, I recently turned the tables and interviewed her on her show. Here is the link to our interview. 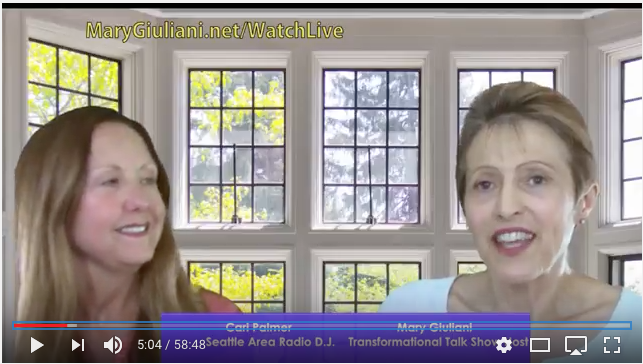 Interviewing my friend on her weekly transformation talk show