I Can’t Play in the Same Sandbox with You 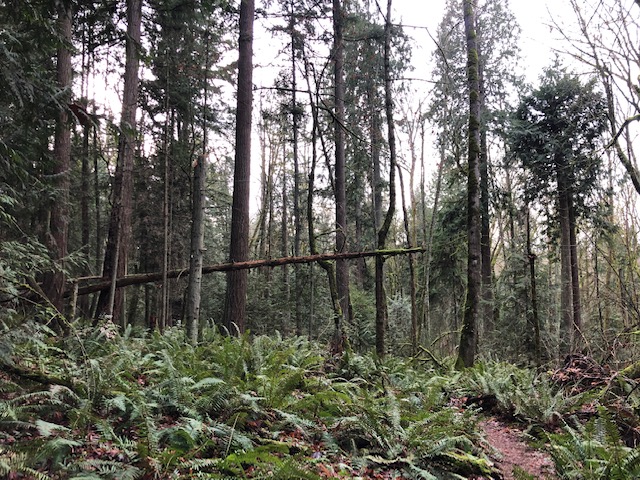 Humans, you are getting hard; make that impossible to be around. I guess I’ve been so far removed from you already, then with a pandemic sprinkled on top, I haven’t seen you in well over a year. The biggest group I’ve been around is in the grocery store.

Just being exposed to little slices of you lately makes me realize something big; I can’t play in the same sandbox with you. We are at such significantly different vibrational levels there is no way we could co-create together. I can do a much better job just doing my thing over here all by myself. There is music in this.

My daughter and girlfriend were in town over the weekend and wanted to trek through the wooded park nearby. I’m always up for anything in nature, so off we went. As we drove down the street where we park, my daughter saw a van behind us that she was sure had been following us. For her comfort, we kept driving past the lot and turned right, not showing we planned on parking there.

We gave it a second, and then we turned around to head back. My daughter predicted the van would be right there when we turned on the street, and she was right. That did it for her. I saw the man in the van, and his energy was fine; he was not a threat. She wanted to forego the hike, but we overruled her. I promised her we would be okay. She lost her fears the moment we entered the forest.

Days later, I see on a city park Facebook page that a woman saw someone who looked “suspicious” and feared she was in danger. This is such a loaded comment as we all have our own filters of what this would resemble. It exploded with comments about how they need to arm themselves when they are there alone. The fear monster was growing among these people, and they continued to feed it.

Not even remembering who they were, I put a quick comment about the Law of Attraction. I suggested they try to turn the energy around as the more they talked about the scary people in the park, the more they were creating scary people in the park – for themselves (it cannot affect me). Within moments my comment blew up the page. Women reacted with their profoundly human response and argued loudly for their limitations. After just a few comments, I remembered this part of the population is not ready for what I have to say. I deleted my comment.

The fear monster was growing among these people, and they continued to feed it.

My daughter doesn’t quite understand my universe, but she listens to me as evidence of ease is all she needs, and she sees it often. When we start introducing fear into a subject, and we continue to chew on that feeling, you are hugely lowering your vibration.

Everything in the universe is energy and is constantly vibrating, and it can never die. The frequency you emit is what you receive. When you are happy and peaceful at all times, you are vibrating at a high frequency. When you are in negative emotions such as grief, anger, jealousy, or sadness, you vibrate at a low frequency. That which vibrates at the higher level can only attract people and opportunities at the same level. The same goes for any vibration level – like equals like; water must seek its own level.

If we change how we feel and improve our emotional health, we will find the people and things associated with that place in our life will fall away. It has to work this way; it’s the Law of Attraction, and it is always constant. When you raise your vibration and the old relationships drop away, you’ve made room for the new, higher-flying people who are intended to be in your life. Keep raising it up; you keep improving your situation. Drop down in emotions, and the same thing happens.

There will never be a time again when I will fear going into the woods alone or any other place. Where my energy is, I can’t attract “bad guys.” It simply can’t and won’t happen. Where you are emotionally to be someone preying on others would be a very low vibration. Where the women were headed on the park page was quickly escalating to the same low frequency. They are collectively creating a bad situation in the park they all loved.

I guess I can call this a massive win for me. I can’t imagine these women who once painted and hid rocks in the forest would want to go back with the new beliefs they have created. To think they need to be armed when they visit their park as they have done for so long has to be unsettling. My bet is they will find another place to play for a while. Fear is a significant driver for most of us.

For me, it is back to my special park with miles of trails in the trees… with fewer people. Score!