My Precious White Golden Retriever – Therapy for those afraid of dogs 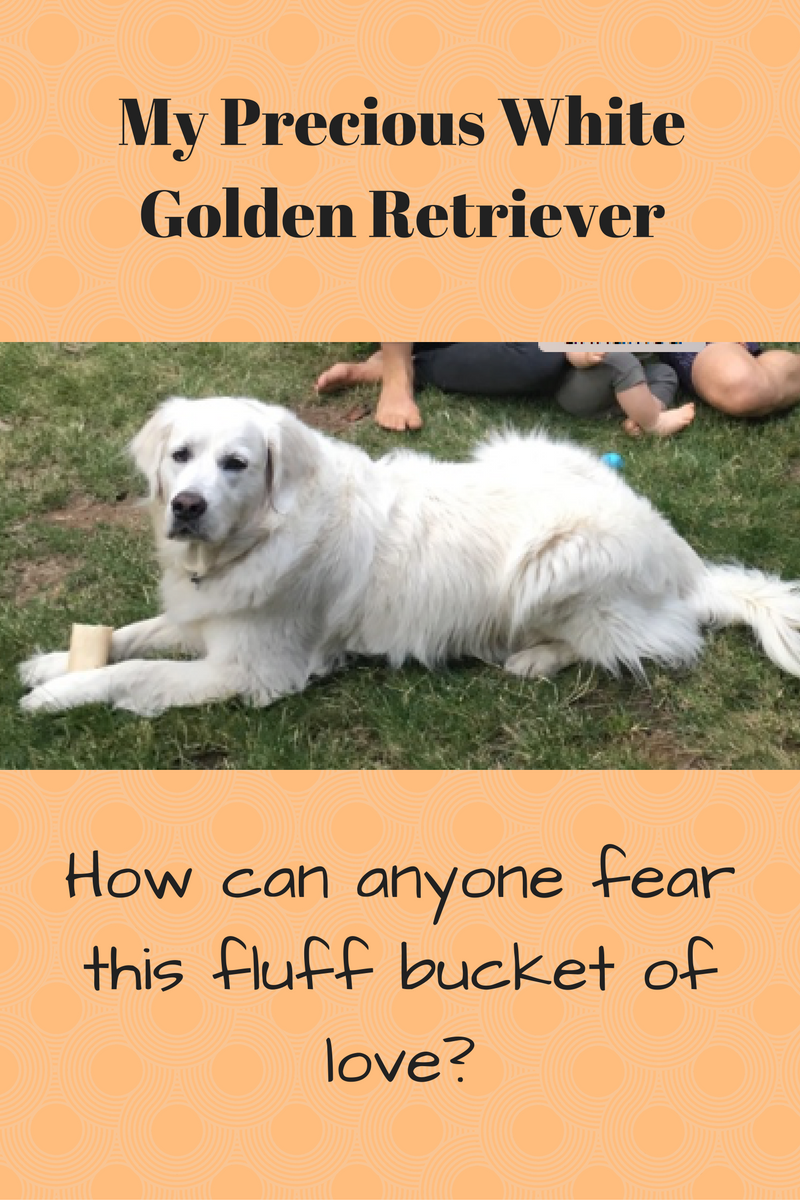 My precious, white golden retriever – therapy for those afraid of dogs.

As I was walking my dog last week, I came upon a house with a man and his little boy in the front yard. As I approached with my sweet pup, the little boy came running up to greet us. My dog makes it quite clear that she loves people. Her tail started wagging, and you could clearly see the smile on her face as she drug me into their driveway.

The dad followed closely behind also reaching out to pet my dog. I warned the little boy that she loves to give kisses, hoping that she didn’t stick her tongue down his throat as she tried to lick his face. They were both petting her, the little guy hugging and kissing her, hands all over her. It was quite precious and Marleigh, my dog, was in heaven.

After we covered the “she’s a golden retriever” shock that occurs every time someone asks what kind of dog she is (because she is white), the man told me he is deathly afraid of dogs. When he was young, he was attacked by one, and he has never been able to get past it. He wasn’t afraid of Marleigh because she is evidently not going to hurt anything. 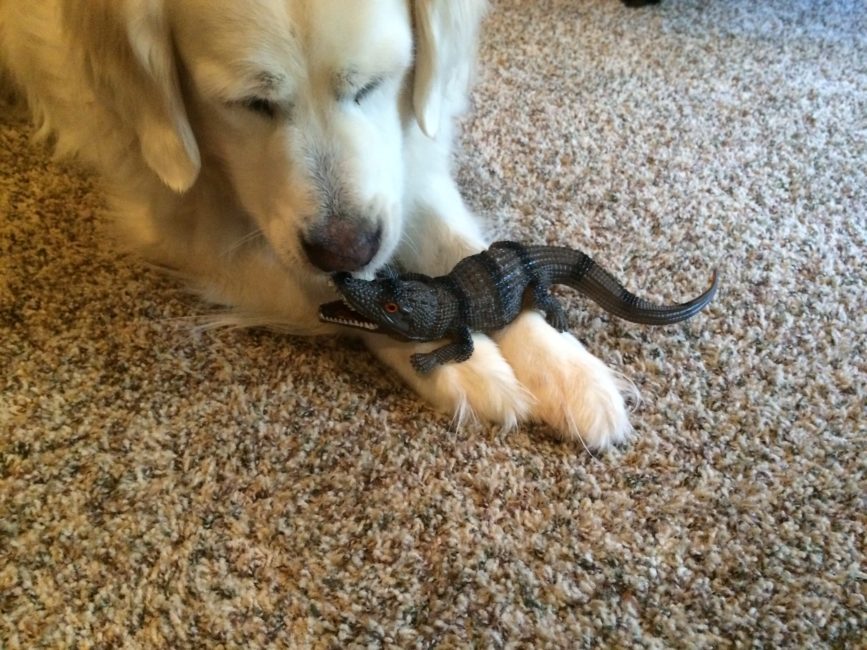 We spoke for a while about random things – all dog related. I told him that Marleigh had been attacked twice, both times by pit bulls. The first time was when she was young, and we were on a camping trip with a large group of people. As we were walking with a group of kids to the public beach on a public trail, the off-leash dog ran out of a nearby campsite and attacked her.

We both agreed at that time that dogs, by nature, are not vicious. The dogs who attack are raised to be vicious. Just like humans, they can only know what they have learned. Dogs are not innately mean. 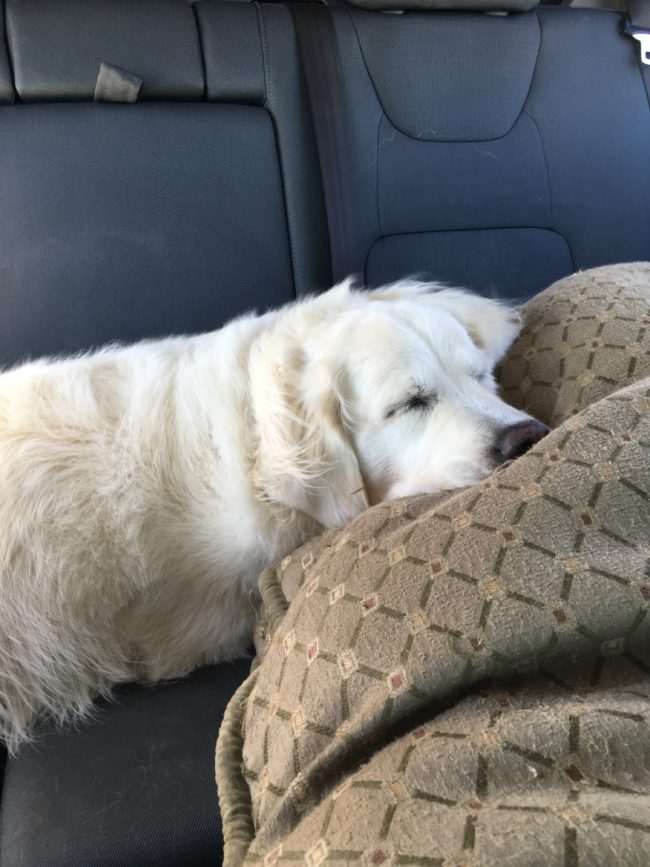 Today as I was out for my walk, I realized there is something I need to say to this man. I will probably never run into him again, so the plan is to this out and put it in an envelope on the porch where I saw them; hoping he lives there.

We talked about the fact that man trains dogs to be evil. A dog bit him because it was all the dog knew. The dog would have been instructed to attack or was in some form of protection mode. The dog was not an evil dog, it was doing what it knew to do.

Perhaps he has been holding on to a fear all of these years, and he fears the wrong thing. We were both in agreement that the owner of a dog trains the dog to be evil. A dog attacked him. The dog was doing only what it knew to do! Shouldn’t he fear the man instead? This is a whole new way to look at what has been keeping him away from dogs all of these years.

The bottom line and the message I hope he understands, the best thing you can do is live without fear of any kind. When you fear something, anything, it defeats you. It holds you back. It owns you. It controls you. If instead, you turn that fear into love and let go of the fear, everything changes. Everything.

Imagine what the world would feel like if it was a world with no fear. Imagine fear being replaced by love.

Excerpt From: Alan Cohen. “A Course in Miracles Made Easy.”
“While my friend and avid ACIM student Cliff Klein was watching television in the living room of his Brooklyn apartment, he heard a strange noise in the bedroom. He rose to investigate and found a burglar creeping in from the fire escape. When the intruder saw Cliff, he turned and began to flee. “Wait!” Cliff called to him. “You don’t have to run. I’ll help you if I can.”
Stunned, the burglar stopped and slowly stepped back into the room. Cliff asked him what was going on in his life that had made him turn to stealing. The fellow told him that he had been fired from his job and lost his girlfriend. He felt powerless and angry and didn’t know how he was going to pay his rent. Cliff invited the fellow to sit down and offered him a cup of coffee. Then he gave the young man some words of encouragement and handed him some cash, saying, “Come back if you want to talk some more.” The fellow thanked Cliff and departed through the front door.”

In this excerpt, had the man feared for his life, this story would have had an entirely different outcome. Cliff had no fear, only love. What an incredible difference he made in the life of the man who was breaking in. I’m sure that man is forever changed.

Let go of the fear. It was something that happened when you were a child. Look at the incident through another lens and leave it behind, in the past, where it should live. Think about the dog and how he only did what he knew he had to do. Love that dog. Your holding onto the story makes it the story your son will know. Let it go.

Choose love over fear. You and your little boy both have so much love to give. You need to find yourself a puppy. A boy needs a dog. It’s unconditional love.